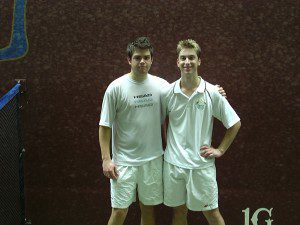 Held in Ballarat there were eight entrants … three from Ballarat and the rest from Melbourne … though Kieran Booth learnt his craft in Hobart. Mark is from England and is currently working at RMTC so there was even an international flavour to the event.

In the initial rounds

Jonnie had to concede after some family issues. The Ballarat trio of Wayne, Michael and Daniel did the club proud as they were all underdogs with significant underlying handicap differentials.

Bret has one of the best volleys these courts have ever seen and his win was decisive given similar handicaps. Peter stretches Kieran as well as anyone in the competition.

The finals were won by Kieran Booth 6/3 6/1 over Bret Richardson.

Kieran’s tight service and experience comfortably gives him victory. Congratulations Kieran and thanks to all the competitors for a successful tournament. 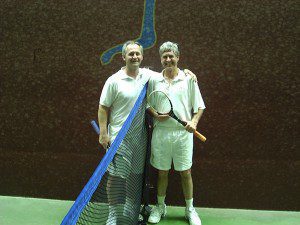 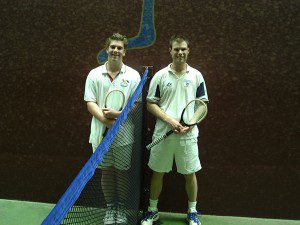 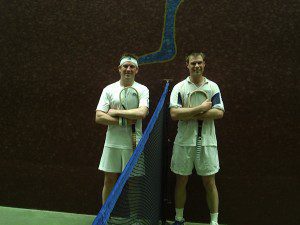 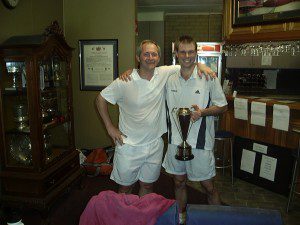