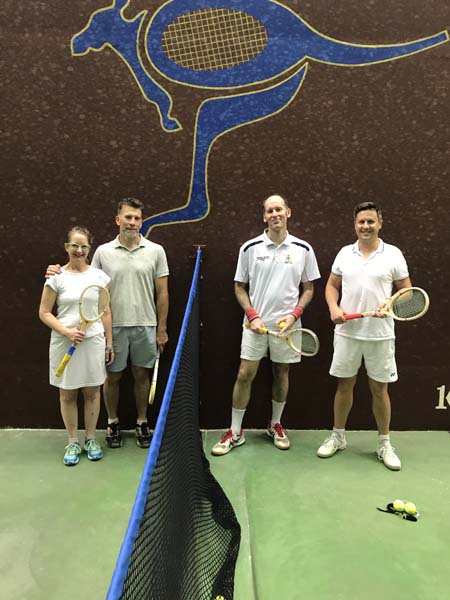 On November 21st BTC hosted for the 2nd time running the Sunter Cup, a doubles tournament in celebration of Brian Sunter who was a well cherished member of our club. Brian had great love for the game and the friendly and relaxed atmosphere of BTC and its players  – in his honour the Sunter cup seeks to reflect just that, with a great mix of competitive tennis, yummy food and great company of all ages and tennis abilities.

This year the Sunter Cup also marked the first BTC “open to all” event after the two Covid-19 lockdowns and the response was very encouraging: BTC had 10 players joining the competition, a combination of well-seasoned BTC members, recent BTC joiners and a few “new to real tennis” guests, which certainly provided for a number of enjoyable and “great to watch” matches. As it is becoming a tradition, lunch (i.e. gourmet steak barbecue and accompaniments) was provided by the wonderful “chef” Keir Reeves; The 15 lunch guests couldn’t stop commenting on how beautiful the food was, a highlight of the day for many…

After a number of closely fought “first to 8 games” matches (various matches ended up at a 8/6 or thereabouts), at the end of the 8 rounds 4 players emerged as contenders for the final and made up the following pairings: Julian Sunter and Cath Faull versus Patrick Sunter and Tom Spring. The final proved to be as nail bitting as the previous rounds, with Julian and Cath ultimately claiming the Cup Title with a 8/6 match win. A lovely family celebration followed and the promise to a merrier and bigger return same time next year! 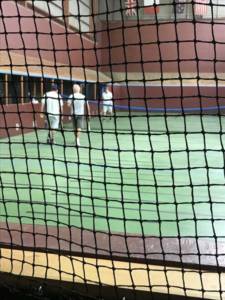 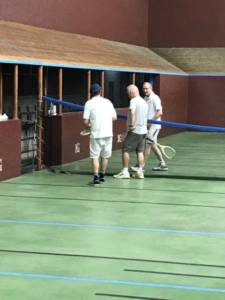 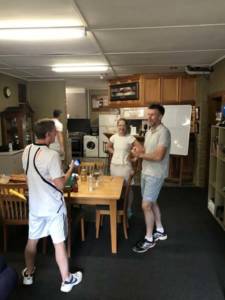 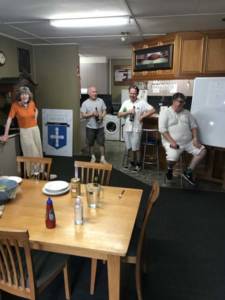 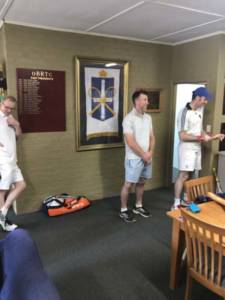 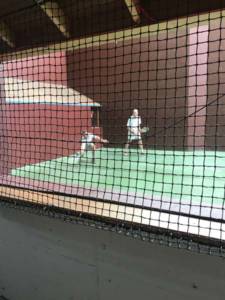 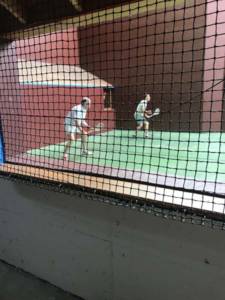 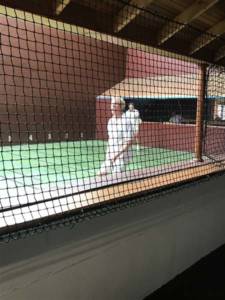 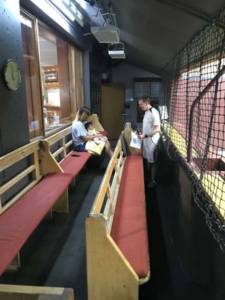 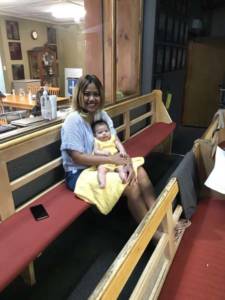 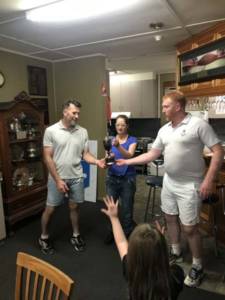 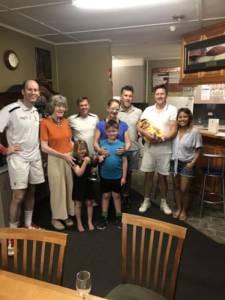