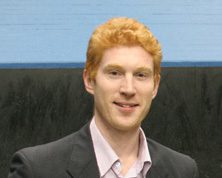 Andrew joined BTC with a distinguished career as a professional real tennis player on court, as well as being a teaching and admin professional for sustained stretches at premier clubs abroad.

Andrew was a professional at the New York Racquet @ Tennis Club, NYC and at The Queens Club in West London, both multi-racket sports clubs, each with two real tennis courts and both being the administrative hubs of tennis in their respective countries.

In between service at these world-renowned clubs, Andrew was a professional at the Bristol Club and at Hatfield House in England, as well as starting his professional career back in 1999 at the Royal Melbourne Tennis Club.

Andrew’s current handicap is 6 and he has achieved a lowest handicap of 0.2 in 2006 making him an elite player on the world stage.