Powderfinger came to town last weekend for their last concert tour … and Jim Stephen’s eyes lit up. Ten thousand lunatic fans stomping and dancing on North Garden’s sodden turf would turn it into a re-enactment of the Somme … apart from the million casualties of course. Jeez I wish I had the authorised Powderfinger gum boots franchise. Anyway it was obvious it would need a humungous quantity of lawn seed to repair this mess. Jim had SPS on standby … and unfortunately had to miss his eponymous tournament to repair the results of Bernard Fanning’s swansong. 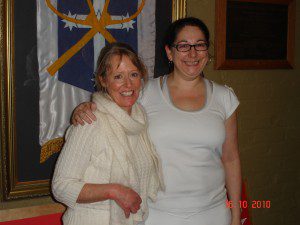 Much as I love the image of Jim sitting in Wendouree Parade on his John Deere tractor towing a seed drill full of fescue and waiting for My Happiness to end … it is entirely fanciful. I haven’t seen him in ages because he’s been off travelling Australia and Europe and generally having a good time. I reckon the Stephens have earned it and in any case we are thankful for Jim and Irene’s continuing sponsorship of one of the oldest tournaments in the club. 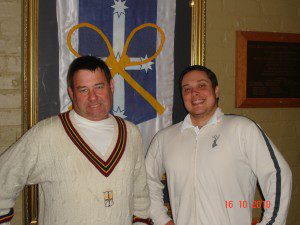 In the first section Annie and Wilma have a breath-taking handicap difference with their male opponents and take full advantage of it. The second section is thrown into confusion when Alistair Reed has to withdraw after being hospitalised with pneumonia. I don’t know the details but I hear he arrived early at the Powderfinger concert and after a few drinks had a snooze in the mud. The Christie/Strange versus Jolly/Hutcheson matches went to the wire in both cases and while the former team prevailed it came down to the last point in both cases. They were lucky … Stuart’s knee looked the worst for wear and it turned out he too had been at the Powderfinger concert and injured it dancing with Annie in the mud. Thank goodness it’s the band’s last gig … we couldn’t survive another visit. 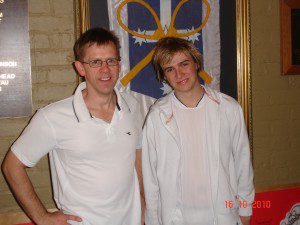