The Men’s Doubles was the feature match before the Monday night presentations and what a treat it was for the many spectators as it see-sawed for over two hours. Like a good son Daniel sought to keep his dad out of harm’s way and in the end bossy youthfulness triumphed over the most successful partnership in our club’s history. 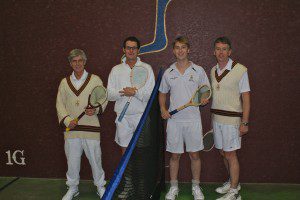 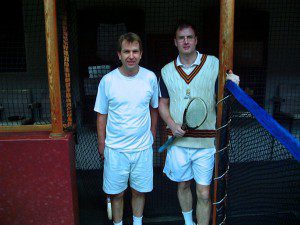 There were some tight matches in the various handicap singles matches but undoubtedly B Grade was the most nail biting. Bruce is still discussing it with his therapist but it involved Robert Lagerberg coming back from match point on a short chase to win. Congratulations to all the winners and a special mention for Jenni Murphy and Jo Edwards winning three titles and also to Ben Jolly for winning his first one. A special mention to also for Ben Winter who won the most improved player in the first half of the year.