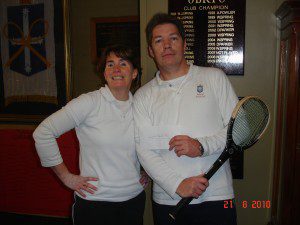 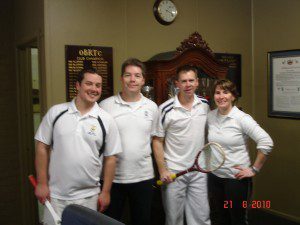 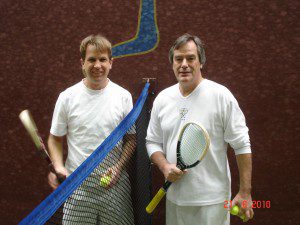 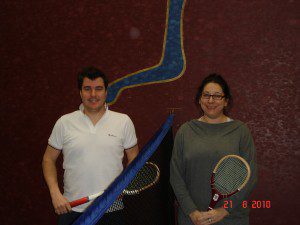 I should have played in this on Saturday but it was the Election and I planned to vote for the Senate below the line … so I couldn’t fit the match in. While doing this I actually found out that there is a Senator-Online Party which has no policies but a plan to have us vote online for every Bill before the Senate. Naturally I opted for them … but of course with the current hung parliament there may not be many Bills going to the Senate.

As you probably remember Ian Chamber’s Lamanz Menswear Tournament caused a sensation last year. The feminists boycotted it … refusing to wear the stubbies and singlets that Ian demanded. Nothing seems to have changed this year despite the fact that we have had a female prime minister for the last eight weeks … and maybe even the next eight. In fact things have got even worse as a large number of our male cross-dressers have boycotted it as well … regrettably the Club does not seem to have any female cross-dressers to balance them out. A defiant and unrepentant Mr Chambers was quoted … “subject to election results it will be now known as the Lamanz Budgie Smuggler’s Tournament”.

Section A, undoubtedly a slugfest, is won by one game by Bruce from Ross Troon. The notorious Ian Chambers comes last in his own tournament … clearly upset by the absence of cross-dressing women in the Group. Section B, aka the Dugdale Conspiracy, is won by Jon from Alison despite the fact she beats him in their match. Third-placed conspiracy theorist Rod Unmack says they got their communication and planning mixed up … a bit like my marriage too. Section C is comfortably won by Alastair Reed from a rapidly improving Annie Strange. We know Reed has been absent from the club for years allowing his handicap to get fat and sloppy but Brett will soon fix that. Section D is aced by David Ward from Wilma Ferguson and that old stager John Link. Newcomer Elliot Wolstenholme is stunned by John’s mixture of dink, bobble and poop shots none of which would register on a cop’s radar gun. Congratulations Bruce, Jon, Alastair and David …you’ve had a lot more success than the ALP and the Senator-Online Party.