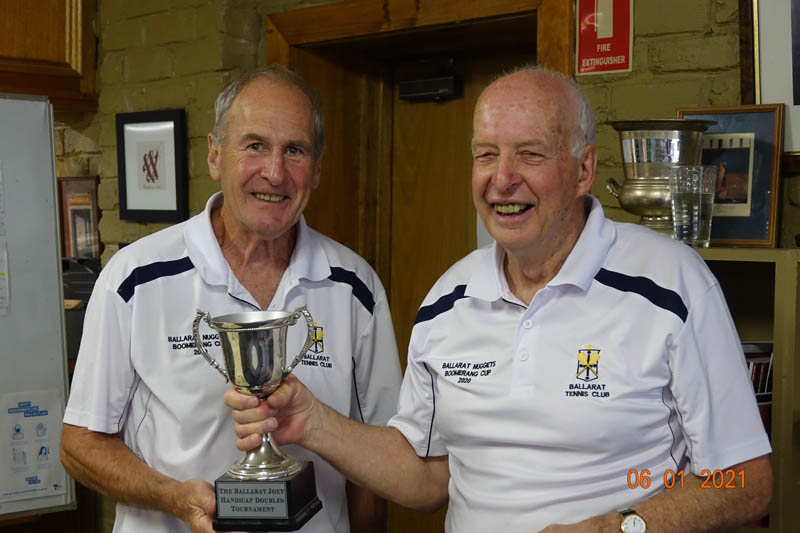 in Joey Cup February 5, 2021 1666 0 0
The second edition of the Joey Cup, a handicap doubles event, has been run and won this month by John McClure and Phil Roberts.
The experienced duo suffered the slings and arrows of being humorously called “the pensioners”, but they cashed in their cards to take the final from chief rouser Ian Chambers and Alex Strange.
This year the Joey (which precedes Melbourne’s Roo Cup each second year) was comprised of locals and BTC members.  We missed the company of the internationals and interstaters, but had a fine time notwithstanding on and off the court.
The first two days of round robin matches showed front runners Greg Henderson and Peter Dunn way out in front including a massive win over Tony and Charlie Cree which featured only three or four points being scored throughout by the Cree’s.
There were a number of “right down to the wire” matches at 6 all, deuce, one point for the game.
Greg Reid and Rob Jolly survived 8 match balls before accounting by the barest of margins over McClure and Roberts.
One match featuring Chambo and Alex was highlighted by 19 match balls.  Chambo and Alex finally succumbed under the weight of that one.  But what an effort.
The Reeves brothers enjoyed their handicap advantage and rose to the occasion until David twisted an ankle and they could not play out the third day.
Sunter brothers, Patrick and Julian, had the court covered by dint of long arms and legs, enjoying mixed results but were playing well.
Defending champ Rod Unmack was paired this year with Bruce Christie and they formed a formidable team even knocking off Henderson and Dunn in the round robin section.
After two days, the leader-board (which was used for determining the third day’s knock out event) read, Henderson/Dunn, 2.  McClure/Roberts, 3. Unmack/Christie, 4. Sunter/Sunter, 5.  Reeves/Reeves, 6.  Chambers/Strange, 7.  Reid/Jolly and 8.  Cree/Cree.
In classic championship play now 1 played 8, 2 played 7 etc and  interleaving matches were played so at the end of the day we had a list of results which placed the teams 1 through to 8.
First up the Reeves were out due to injury so they placed 8th after a promising first two days.
Then the big one.  The Crees take down the leaders in a huge boil over.
After securing less than a handful of points first time around, the Crees, led ably by Charlie, won 7-4 against Henderson/Dunn.  That was a wow factor right there.
The Chambo/Strange team triumphed over the Sunters, and “the pensioners” saw off “the crocks” Reid and Jolly in a reverse of the round robin result.  Unmack and Christie went through to the semi’s beneficiaries of the Reeves withdrawal.
The semi finals saw Chambers/Strange cope with the Crees, and McClure and Roberts too steady for Unmack and Christie.
In the best of the rest the Sunters continued the upsets by knocking off the Henderson/Dunn team and Reid/Jolly this time having the Reeves bye to send them into the play-off for fifth spot.
And so to the final round of matches where the McClure Roberts team triumphed, Unmack/Christie came third beating the Crees in a 7-6 battle, Reid/Jolly fired up at last to take fifth from the Sunters and Henderson/Dunn rested in 7th ahead of the injured Reeves.
Notable performances were recorded from Alex Strange, David Reeves and Charlie Cree especially.  Patrick Sunter showed his improvement and John McClure was outstanding in his play and his team work with Phil who continues to impress.  Everyone had their moments and Greg Reid, after nearly a year off, should be encouraged by his performance.
All up ten matches for each team, over three days, with 84 meals served.  Everyone survived, laughed a bit, some more than others, early season tiredness set in, but another successful Joey Cup goes in the books and congrats to those aging-gracefully blokes, John McClure and Phil Roberts.  One last message for Chambo:  don’t fire them up with name calling next time.  We all suffered at their hands!
Rob Jolly 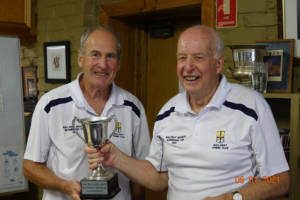 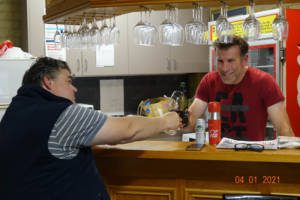 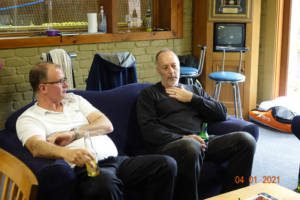 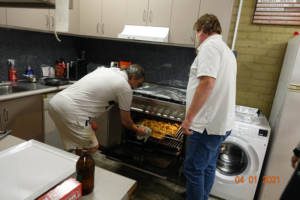 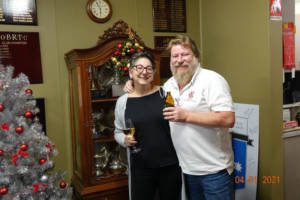 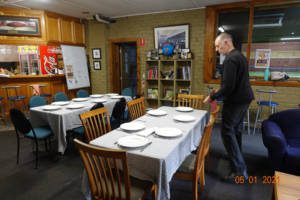 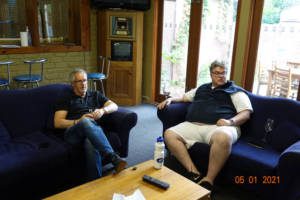 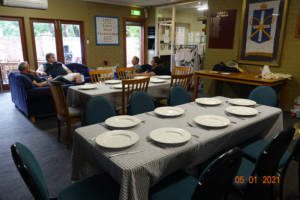 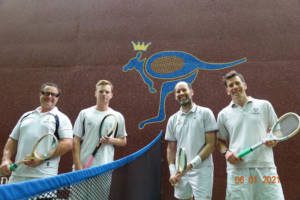 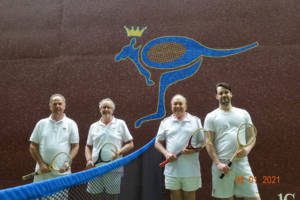 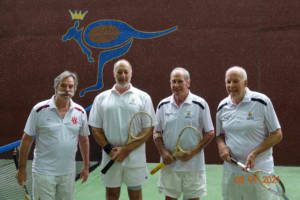 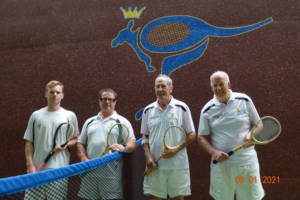 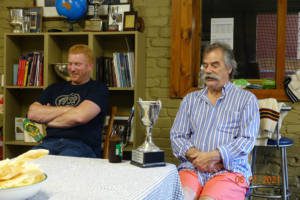 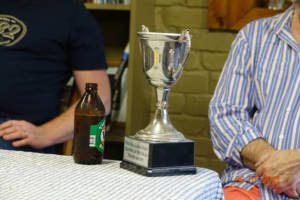 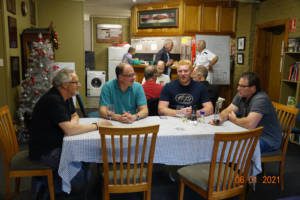 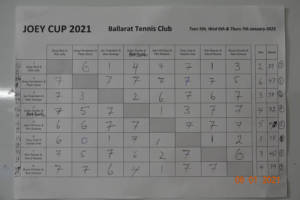 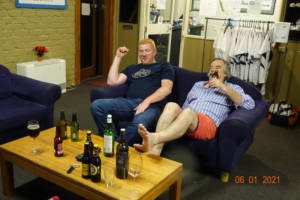