Some people fear the chainsaw because of the odd massacre with them … but they are top of my lifetime list of Favourite Life Threatening Power Tools. Of course The Greens are a bit hard on them … they reckon you don’t see many people planting trees using them. Anyway if you want a Stihl MS 880 Magnum for a spot of heli-logging, then Andrew Hall’s business up there in Gisborne is your destination. He sponsored this tournament and just as a bunch of bike riders were touring around France … a bunch of real tennis players were working even harder at BTC. 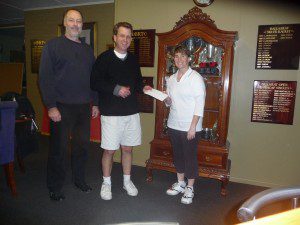 Stuart Strange wins the Cadel Evans Bravery Award with two audacious plays. Claiming dubious incompatibility he insists Annie play in a separate group … allowing them both to win the prize of a $50 dollar voucher to Steve Wright’s great new restaurant at The Ballarat Club. Knowing them I imagine this will just about cover their liquor bill. In Group A the compatible Dugdales weren’t so cunning and Jon will have to pay his own way. Next, within his group, Stuart notices Alastair “The Panther” Reed is playing with some clapped out useless old racquet. He thoughtfully lends him his own new one for great improvement against the other opponents … but then takes it back for their match … and of course smashes him. Genius Stu … I bet Cadel is praying the evil Schleck Brothers don’t become this wily. Congratulations also to Ben Jolly on a stage win in the other group. 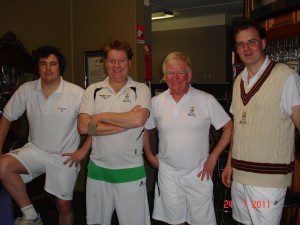 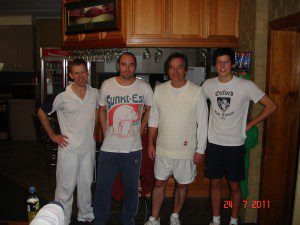