When I saw this fixture I immediately wondered how the Federal Opposition could afford the time to come to Ballarat and play tennis. What’s more how could they get a team organized … Tony Abbott is going to be too busy, Malcolm Turnbull only plays Republican Tennis, Joe Hockey looks unfit and Wilson Tuckey wants to come by himself. However if they did make it … they’ve sure earned an enormous handicap. 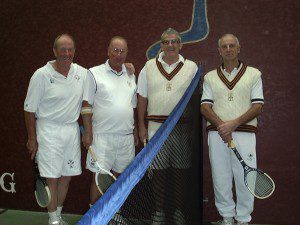 Turns out I’d got it wrong … the Jesters are an affiliate of the eccentric British tradition of a Club that plays various sports in the spirit of a past era. The members belong to all the courts in Australia and spasmodically tour for fun, fellowship and good tennis. Sounds like a better proposition than the Federal Opposition … not much fun and fellowship thereabouts. Hopefully Mike Garnett will write a history of the Jester’s deeds one day. 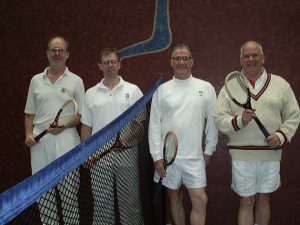 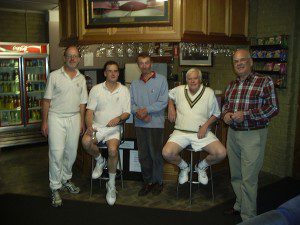 The Jesters are not ALL about tennis!

So BTC wins 9 matches to 3, The Jesters are used to that … even though they have some of the best players around … they have won about three matches in the last decade and reckon these were all fixed. Jesters believe that they haven’t drunk enough shiraz if they win … and console themselves with cabernet if they lose. My son says this is awesome and he believes the Richmond Football Club has adopted this same strategy except they drink beer. Whatever the truth it was good to see them here and we look forward to playing them again next year.