Attendees: 10 players for the day 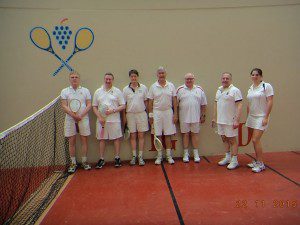 Comments: The match against BTC was a very close affair coming down to the last match with MCCRTS winning 4 rubbers to 3, with some good tennis being played.

The handicap spread meant some challenging handicaps were set requiring the better players to make fewer mistakes than perhaps their normal play and in only 2 cases where Saskia was playing did the lower handicap pair prevail. Morning tea and lunch were decent quality and with a quiet ale after the match, a good time was had, some of the BTC players coming back to their ‘home’ court after a long absence. Andrew had two good wins so obviously remembered the peculiarities of the court. In Robin’s only second match outing, he performed very well hitting some good balls back to record the first two wins in his tennis career. 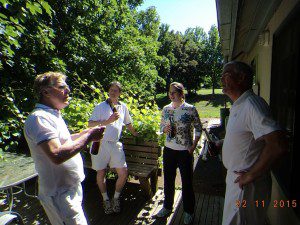