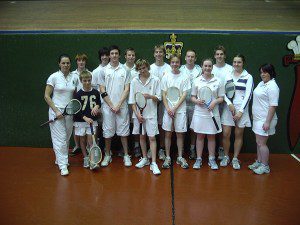 BTC juniors spread their wings last weekend with a roadtrip down to visit the Royal Melbourne Tennis Club. In a show of BTC junior might, eight of Ballarat’s most promising junior players headed down to Melbourne for some coaching clinics – courtesy of RMTC Professional Kate Leaming – and to meet, interact and play against their Melbourne junior counter-parts. 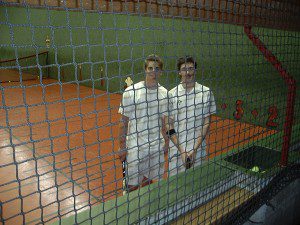 Kate did a terrific job of organising the day so that everyone had some time in the coaching clinic – but also more time to practice what they had learned. 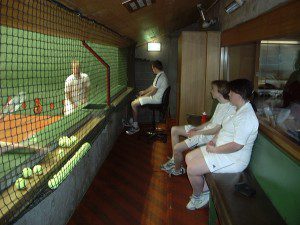 BTC junior, Michael Williams had not had the most ideal preparation for the event – coming off 4 hours sleep from a debutunte ball the night before – but the rest of the team was at least ready to go. BTC’s junior team consisted of Daniel Williams, Robert Montgomery, Matthew Dunn, Michael Williams, Will Hoskin, Brett Howard, Stephanie Williams and Elle Hoskin. 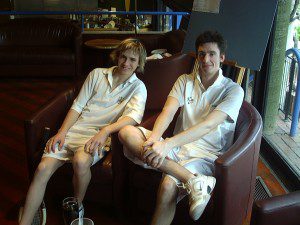 BTC juniors that had not been to RMTC before also had a great opportunity to have a good look around the Club and check it all out. Interaction between the juniors of each Club was another positive feature of the day. All in all, everyone had a terrrific day, with plenty of tennis, coaching and a great BBQ put on by RMTC for all at the end of the days play. With the day being such a success, another similar trip may be planned for 2010. Stay tuned!! 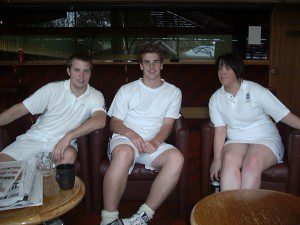 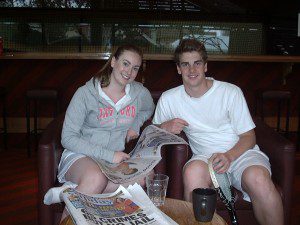