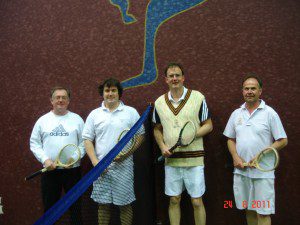 They played excellent tennis to see them at 13 games to 6, so we thought the whole match was pretty well over.

At advantage all in the next game, a shot by the Steve/Alastair pair hit the tape and stayed on their side putting the score at 14/11 – I’m sure I saw a huge sigh of relief from Bruce & Greg.

Alastair and Steve did win the next game and were looking strong in the next, but time was also their enemy, losing 14 games to 12. 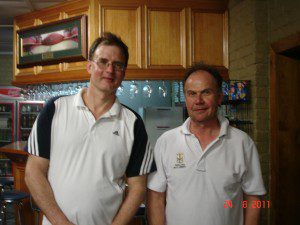 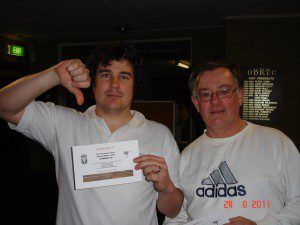